The suspended 10-year-old student of Chrisland Schools, VGC, has apologized for her alleged sexual misconduct, and deleted all her social media videos. The student was said to have moved from the second floor of the hotel in dubai to the 11th floor to engage in sexual activity with a boy.

Recall that Ubi Franklin claimed to have received a call from a friend whose 10-year-old daughter was allegedly raped by her colleagues during a school competition trip to Dubai.

However, the video which surfaced and went viral, shows otherwise,which caused the Lagos state Government to close down all Chrisland Schools in the state before reopening them on Monday.

After much criticism of the parent and child, the student has apologised to her followers and deleted her ‘Likee’ and ‘TikTok’ videos.

The account, which has been operating for three years and has over 12,400 followers, drew attention shortly after a video clip of the student and her male colleague engaging in sexual acts went viral on Twitter.

On Friday, the minor logged into her social media pages to apologise, saying she regretted her action while deleting her 526 videos.

She stated, “I made a mistake, now I’m living with the consequences. I regret it, I really do. And I’m sorry.”

On her Tiktok account on Thursday, she wrote, “Don’t let your past dictate who you are, but let it be a lesson that strengthens the person you’ll become.” 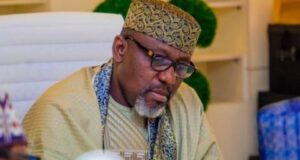 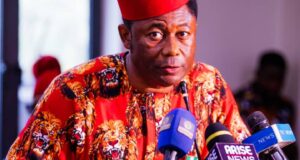