Posted by: Dailyblast in Breaking News January 7, 2021 Comments Off on America shaken after pro-Trump mob storms US Capitol building 357 Views

America was shaken on Wednesday as a mob of Donald Trump supporters staged an insurrection at the US Capitol building in Washington DC, storming the debating chambers and clashing with armed police.

Four people died in the unrest that rocked the capital on Wednesday, Washington DC police said, including a woman who was shot dead by the US Capitol police. Three others died in “medical emergencies”, the DC police chief, Robert Contee, said.

The siege was among the worst security breaches in American history and came after Trump had earlier urged a crowd of protesters to march on the Capitol and undo his November election defeat.

The violence halted the tallying of electoral college votes to affirm Joe Biden’s victory, with Mike Pence, the vice-president, and members of Congress evacuated to undisclosed locations for their safety.

DC police said the woman who was killed at the Capitol was shot as the mob tried to break through a barricaded door where police were armed on the other side. She was hospitalized with a gunshot wound and later died.

In a sombre televised address while the mob was still massed on the Capitol steps, Biden, the president-elect, condemned the mayhem. “This is not dissent,” he said. “It’s disorder, it’s chaos, it borders on sedition and it must end now.”

The Capitol dome is known worldwide as a political symbol and the House of Representatives and Senate chambers are revered as almost sacred. But Wednesday’s carnage struck the latest and perhaps most savage blow to the America’s reputation as a paragon of liberal democracy.

Thousands of rioters gathered on the Capitol steps wielding flags including “Make America great again”, “Liberty or death: don’t tread on me” and the pro-south confederacy. Some broke down barriers and barged through police lines to enter the building, chanting “USA! USA!”, smashing windows, wandering halls and corridors and occupying offices with impunity.

One reached the Senate dais and yelled, “Trump won that election!” Protesters stormed the offices of the House speaker, Nancy Pelosi, knocking over tables and ripping photos off the walls. A photograph appeared to show one of them sitting contemptuously with his foot on Pelosi’s desk.

One stunning picture showed security forces inside the House chamber pointing guns at protesters through a broken window as if under siege. Another captured protesters lying face down on the floor as police pointed weapons at them.

DC police said pipe bombs had been recovered outside the offices of the Democratic National Committee and the Republican National Committee. Police also found a cooler with a long gun and Molotov cocktail in a vehicle on the Capitol grounds. Police made 52 arrests.

Having lit the political fire, Trump made a belated plea for calm but repeated the lie that the election was rigged. “I know your pain, I know you’re hurt,” he said. “We had an election that was stolen from us. 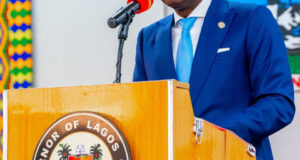