We thought our passenger was Fashola, we didn’t know it was useless people – Sam Iwuajoku

Posted by: Dailyblast in Entertainment June 16, 2020 Comments Off on We thought our passenger was Fashola, we didn’t know it was useless people – Sam Iwuajoku 448 Views

Mr. Sam Iwuajoku, owner of Executive Jets Services Limited, an airline suspended by the Federal Government for flying Musician, Naira Marley, to Abuja to attend a concert, has written a letter of apology to the government over what it described as a “mix-up”.

The Minister of Aviation, Hadi Sirika, had announced the suspension of the airline during a Presidential Task Force briefing in Abuja on Monday.

In a letter dated June 15, 2020, the Chairman and Chief Executive Officer, Sam Iwuajoku, said he gave the approval for the flight thinking the passenger was the Minister of Works, Babatunde Fashola.

In the letter entitled, “Re: Flight For 13/06/2020 Done By Executive Jets Services Ltd To Abuja”, and directed to Sirika, Iwuajoku explained that he did not know the said passengers were “a bunch of useless people”.

“Please the flight was to carry a judge to Abuja on Sunday, 14th, June 2020 as requested and the permit was granted based on the application but unfortunately, when I called the Judge on Saturday morning to inform him that we have the permit, he then said he has reached Abuja already with a different flight that someone gave him a lift to Abuja. “So, on Saturday morning, 13th June 2020, my staff called me that they have a charter flight to Abuja, and that the passengers are already in the lounge. As a rule, passenger manifests are always sent to me before departure.

“When I went through the manifest and saw FASHOLA BABATUNDE, I thought it was the Honourable Minister of Works going to Abuja with his men. So, we decided to do the flight since he is a serving minister of the Federal Republic of Nigeria. I didn’t know that it was a bunch of useless people.

“We are very sorry for this mistake and we promise that this would not happen again.” 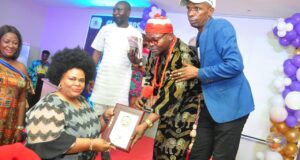 Photos from CMC Award of Excellence 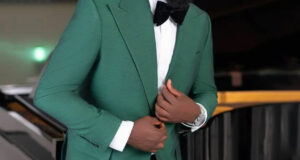 Insecurity: We are working very hard, I hope Nigerians will understand – Buhari